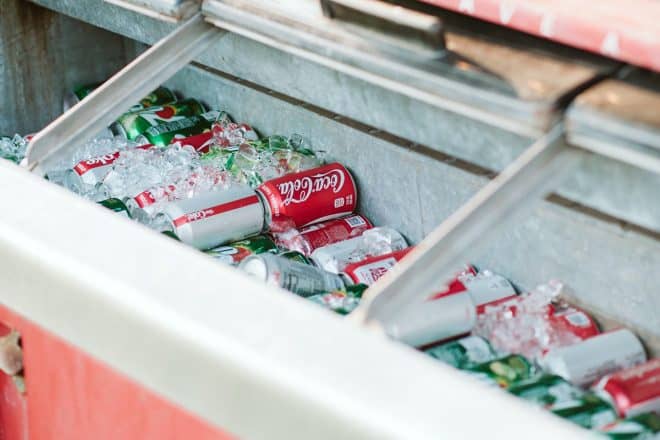 Elaine was a great teacher and fun to be around. We residents all looked forward to working with her. It was obvious which reading room she had taken in the department each day because her signature can of Diet Coke would be sitting on the countertop underneath the alternator. Back then, radiologists read films that were hung on moveable panels that could hold up to 50 different patient studies.

On Elaine’s 36th birthday, as a token of appreciation, I bought her 36 cans of Diet Coke and stacked them up on her desk in an oversized pyramidal shape as a surprise. We laughed together as she walked into the room with her mouth ajar, and squealed with delight!

Back in the early ’90s, I was “technically” a doctor, meaning I had graduated from medical school and passed my board exams. But at that point, I knew nothing about the health effects of environmental toxins, aside from those that presented with correlative findings on medical imaging studies, such as asbestos exposure. I had no idea that a product like Diet Coke could potentially cause harmful health effects. I look back to that day now and think, Gee, I was trying to be thoughtful and creative, but … I gave my friend and mentor 36 cans of an addictive, chemically laden, potentially harmful drink.

Elaine wasn’t the only person in my life that adored Diet Coke. One of my best buddies from grade school also had an addiction to Diet Coke. He drank daily “Big Gulps” filled to the brim with the synthetically sweet beverage.

I can’t say anything about caffeine, as I typically enjoy two cups of coffee each morning. However, for me, aspartame, the sweetener in Diet Coke, is a no-no. Aspartame tastes 200 times sweeter than table sugar, but its physiological effects are different from sugar and confuse the body. Monsanto (think Round Up) bought Searle, the company that created aspartame, and marketed it as NutraSweet in 1984.

The mastermind chemist behind the Diet Coke formula deserves special recognition for creating a beverage as addicting as Diet Coke. In fact, there was an article published recently in the New York Times called “I was Powerless Over Diet Coke”, and it talked about one user’s ordeal as she tried to break the habit. Anecdotally, these side effects might include headaches and fatigue. But it generally doesn’t last long.

Although the negative health effects from synthetic sugars remain somewhat ambiguous, I would strongly suggest you avoid these chemicals. In particular, if you drink a lot of Diet Coke, think about cutting back, and eventually giving it up. Most Diet Coke drinkers I know want to quit, but can’t muster up the drive to actually do it. They love the taste of the drink, but also know they are consuming something unhealthy and truly unnatural. (If you’re Googling, “is diet coke bad for you,” as I know some of you have, you’re concerned.) Knowing puts one on the right track — but quitting will get you there and likely improve your health by reducing  your exposure to the unpredictable and possibly dangerous effects of these chemicals. I’m sure you’ll be better off for it in ways you may not expect.

If you think that by drinking these human made sugars you are losing weight or keeping your weight under control, think again. Research has indicated that the opposite may be true.

Removing Diet Coke and aspartame from your diet may be difficult. It will require long-range focus, and dedication, and perhaps some aspirin! But it will be worth it in the long run when you get your body’s systems to function more coherently.