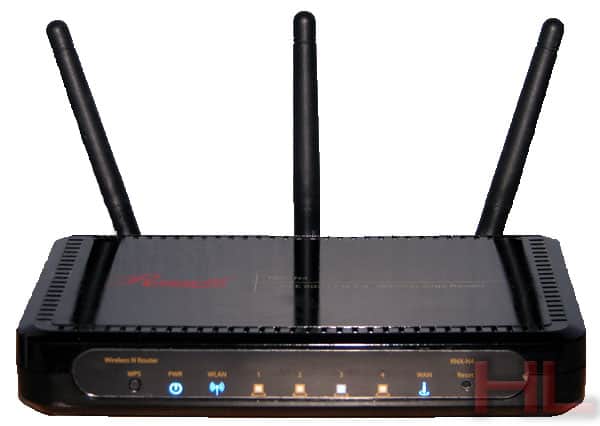 The Importance of Taking EMF Out of the Bedroom

In Light and EMF

Ascending the stairs, I was struck by a sense of nostalgia but also an increasing uneasiness. Was it because it had been years since we had last visited? Our welcome was lukewarm. We entered the guest suite and plopped our bags down. My step mother had tossed a pile of towels on the floor for use during our brief stay. I felt anxious.

The last time I had stayed in this room, beautiful Lake Tahoe showed in the window. Now though, the view was obscured by a McMansion which had been erected on the neighboring property. I missed the view, but what bothered me more was the presence of a small black box on the nightstand next to the guest bed. It had a series of lights, some of which blinked. It was a wifi router.

After freshening up from our long drive, we sat in the living room, the room beneath the wifi router, and listened to our hostess complain of her worsening headaches, debilitating tinnitus and increasing anxiety which had plagued her for months. My father too had been suffering poor health and had been recently diagnosed with an arrhythmia. The thought crossed my mind that they might be suffering health effects related to EMF toxicity. Although we weren’t sure if the strongest EMF was coming from in the house or from a neighbors house, I suggested some steps they could take to reduce their exposure. My initial recommendation was for them to move the router away from all sleeping areas.

Electromagnetic Frequency (EMF) is a form of energy that has led to all kinds of technology from microwave ovens and Wifi to cordless phones and cell phones. Some dream of a day when wireless technology will be available everywhere and able to control everything. Alarm systems, watches, exercise monitors, and “smart” meters that utilize EMF to transmit information to utility companies are some examples of the diverse applications that utilize EMF.

Although for most, EMF is undetectable by the senses, EMF can be measured by an EMF detector. Check out this brief video to get a demonstration of the EMF emitted from a portable phone system.

If people could hear or, in some other way, sense EMF, I suspect most move EMF sources as far away from their living space as possible. Certainly no one would try and sleep next to a router or a portable phone. EMF is a form of energy that can be absorbed by the human body. Many physiological effects on the body have been documented in the peer reviewed literature. Some effects, such as an association with developing cancer, are controversial, but other effects, such as a decrease in sperm count following cell phone placement in a man’s pocket, has been scientifically proven and confirmed by further studies.

I think of EMF as waves of energy, similar to the ocean’s waves. Waves can be entertaining and provide a means of effective communication and information transmission, but one needs to get out of the waves to rest. All sources of EMF in and near the bedroom should be turned off when one is ready to sleep. This can easily be done by putting routers on timers so that they automatically turn off at night and turn back on in the morning. Portable phones, particularly base stations, which emit EMF incessantly, should be kept out of the bedroom while one sleeps.

My hosts in Lake Tahoe purchased an EMF detector for their own personal discovery and uncovered several unexpected sources of high EMF in their living space, including their refrigerator. They took steps at mitigation, and I haven’t heard any complaints from either of them since.

There are many sources of EMF within the house and sources from outside the home can penetrate through windows. By removing sources of EMF from your bedroom, you will give your body the ability to truly rest while you sleep and perhaps improve your health. 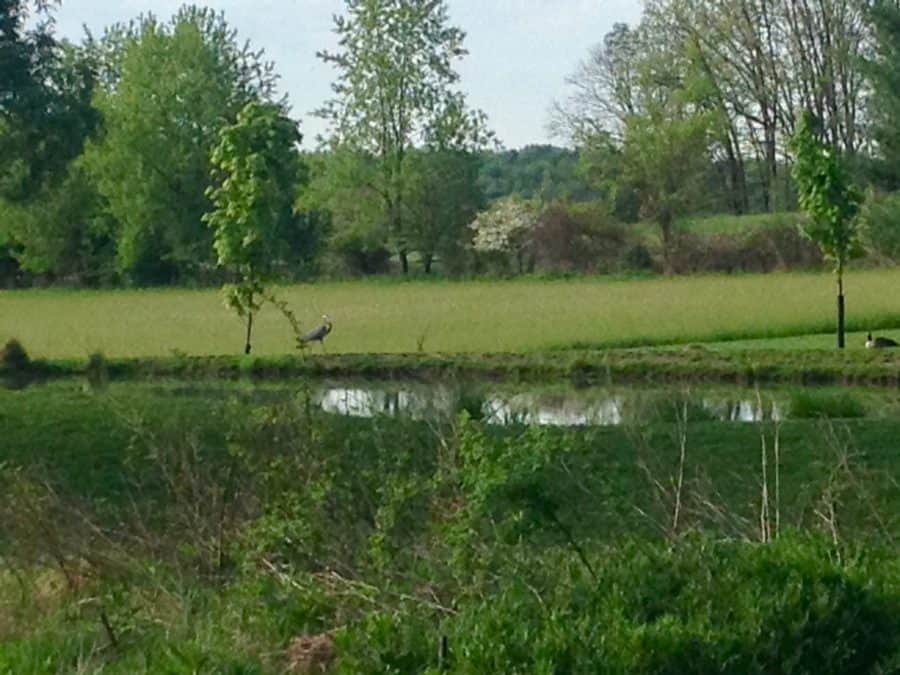 And Why I Left Levittown Behind

As I mowed the lawn yesterday, I must have killed at least 100 bees. They were all over the little white and purple flowers springing up from the clover. I am hoping most of them heard the tractor coming or felt the ground vibrating as I approached. Some bees did fly off before, snip, their flower was cut off at the stem.

I used to feel guilty about killing the flowers, but of course a few days later, more flowers would open up and the bees would find new sources of nutrition. The other insects living in the lawn weren’t so lucky. A swarm of about 7 bluebirds dive bombed the insects as they flew off of the ground cover as I came by. The birds came precariously close to me as they tried to eat as many bugs and insects as they could. This used to make me nervous, but now, I enjoy the dance. I like feeding the bluebirds this way. They aren’t my pets, but I think they know me.

From a distance, my lawn looks beautiful. It’s green and a host to all kinds of birds, reptiles and small mammals. Last weekend, while walking on the property with my sister, I even saw a crayfish crawling on the lawn. Up close though, my lawn is varied with spots of grass, areas of clover, and infiltration of all other kinds of “weeds”. It’s a hodgepodge of life. Aside from mowing, my lawn is low maintenance and essentially free. I don’t pay for grass seed, fertilizers, herbicides or pesticides. Areas of my lawn are kept overgrown so that the bunnies have a place to hide from predators.

One of my neighbors has a pristine lawn. It is a beautiful shade of green and composed of identical length blades of grass which he mows daily. He has perfected the diamond shaped grid pattern. The only thing missing from his lawn is life. To perfect his grassy expanse, he sprays it with all sorts of chemicals to kill weeds and insects. The birds have nothing to eat from his lawn. The deer and rabbits would probably get sick if they ate his grass. Their household doesn’t include a dog, but if it did, I’m not sure how all the toxins in the lawn would affect the dog’s health. But, the grass sure looks pretty.

Sometimes when we understand where habits come from, we can undo them.

People are very touchy about their lawns. A well manicured lawn of homogeneous grass blades is a symbol of status and pride and a source of judgement for circles of social consciousness. Where did the manicured grassy lawn concept come from? The same place where the “I just want to have a house in the country with a white picket fence” came from, Levittown. This was the first American suburb created in the late 1940s.

Maybe it’s time to give up on this quest for the increasingly toxic green grassy lawn. Our insects, birds and mammals need food. All components of a healthy lawn should be edible for some form of life. If you want a fragrant lawn, plant chamomile and thyme like they used to do around the old English and French castles in the 16th century. Your lawn will be the talk of the town until everyone else follows your lead.