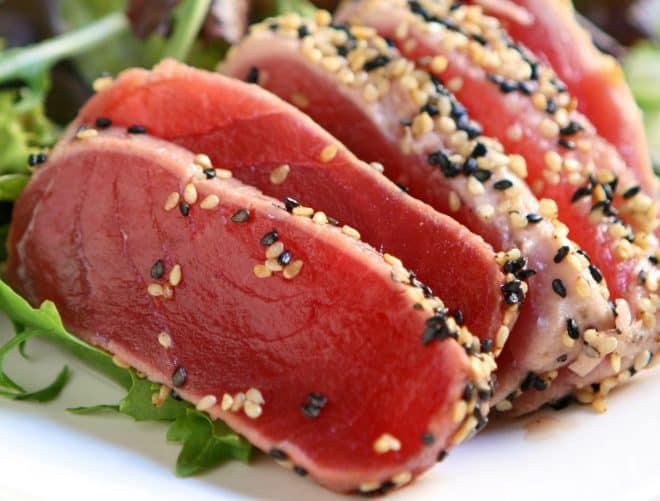 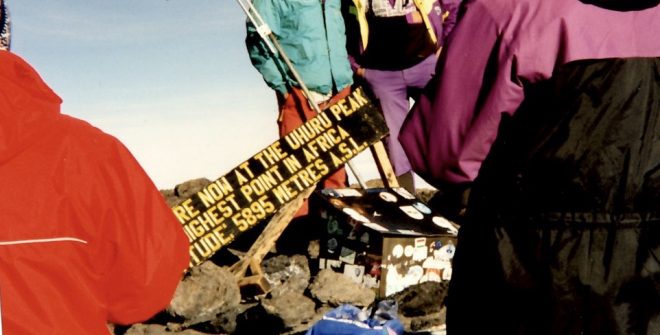 It was daybreak and the sun came to view on the distant horizon. Hours earlier, we had formed a train of head lamps which snaked up the mountain, surrounded, literally, by stars. It was very cold.

Jim knelt down and put his head between his knees gasping for breath. I felt badly for him, but I was nervous that we were taking too long. Anne sat and quietly announced she couldn’t continue. Timing was important and we had a ways to go before reaching the summit.

It was then that our head guide made an executive decision and asked the accessory guide, Ndesario, to bring me up the rest of the way while he stayed with the two others. I breathed a sigh of relief. A lot of training had gone into this trek and I wanted to reach the peak.

As we ascended, I felt weaker and sicker. At around 18,500 feet I asked myself, “Why the heck am I doing this?”

My fantasy of climbing the 7 peaks faded away as I wondered if I could even make just one. Then, the summit came into view and I relaxed.

It was a gradual walk from there to the peak. When I finally got there, I snatched a quick photo of the sign that would later be the only proof of my success. I then motioned to Ndesario that it was time to head down.

It was about two hours down the scree that I sipped my last bit of water. Exhausted, but otherwise feeling better after descending a few thousand feet, I casually asked Ndesario “How much farther till we get to the camp?”

“Half an hour” he said joyfully.
I’ll be fine”, I thought. The scree was like sand. Step, slide, Step, slide. It was challenging. My thighs burned intensely with each slide. But, I could survive anything for a half hour. The air was warm and indeed, it was a beautiful day.

That half hour came and went. There was no sign of the camp and I hadn’t seen another person since leaving the peak.

Now nervous, I muttered to myself, “Does he know where he’s going?”

While trudging on, I asked more emphatically, “Ndesario, How much further till the camp?”

“Half an hour” he said.
This time with a little less joy.

Filled with panic, I screamed, “You said that a half hour ago! Do you know where we are??? I’M OUT OF WATER!! I NEED WATER!!”

I showed him my empty water bottle and shook it with rage. I was angry with him. I knew we were lost. I blamed Jim and Anne for taking so much time on the ascent. Perhaps most of all, I was angry at myself for not bringing enough water.

Ndesario responded with a string of 3 or 4 “Half an hours.”

At this point, realizing that my guide didn’t speak English, I took off my long underwear as I was becoming dehydrated. Sweating was the last thing I wanted to do. I covered myself with my shell for protection from what was now the scorching desert sun. I threw my underclothes at my African guide, who wore a long sleeved shirt and long pants. Not a drip of sweat on him.

We continued on. As I stumbled forward, I felt my lips crack. Initially, I could taste blood as I licked them, but soon, the blood crusted over and became rough. My tongue then dried and became glued to the floor of my mouth. I looked at my guide, Ndesario, now with fear and respect. He moved steadily without any need for water. I realized then that he hadn’t carried a water bottle on this entire overnight journey.

In my delirium, I began to accept that I might die on Mt. Kilimanjaro. I had no tears. My anger and panic were gone. My mind drifted off and although I kept prodding forward, I lost all sense of time and purpose.

That’s when the extraordinary occurred. I heard a subtle noise from somewhere ahead. Then, a very dark skinned man bounced up the rocks wearing what I remember to be a Rastafarian colored hat. He was filled with life’s energy and importantly, he was carrying a flask.

“Water” I pleaded, with my dried up mouth.I’ll never forget the look he gave me. My life was in this stranger’s hands.

He handed me the flask hesitantly and delicious water flowed into my mouth. It was curiously cold considering we had been in sweltering heat for hours. My savior took his flask back and vanished over the rocks. I regained some stamina to keep going.

We walked for what seemed to be at least another 2 hours, when we finally reached the camp. There, I was quickly placed on a cot and given fluids.

As I lay there dreaming, I wondered who that guy was who mysteriously showed up at the precise moment I believed myself to be at death’s door? Was he an angel? Had my God appeared. Was he a messenger or runner that I had manifested? To this day, 21 years later, I wonder why this guy was alone, wandering over 16,000 feet. I also wonder if he knows he saved a life that day.

Miracles, that is unexplainable “coincidences” for the scientifically inclined, occur all the time, usually when least expected. It is usually only after the occurrence happens that one becomes aware of the miraculous. Whether you have a chance meeting with an old friend in some obscure place, happen to be given just enough money for an expense you couldn’t afford, or stumble upon a choice parking space on a busy street in front of the restaurant you have reservations at, these seemingly impossible events occur. I think of them as divine manifestations.

Being conscious means being aware. Accept those things seen and those unseen. Don’t write divine gifts off as mere coincidence or chance. Pay attention. Call it what you will, your intuition, your guiding spirit, your angel, your God, or something else. The more you acknowledge to these special moments, the more you will see into this nebulous realm and the more miraculous your life will become. Indeed, it may save your life one day.