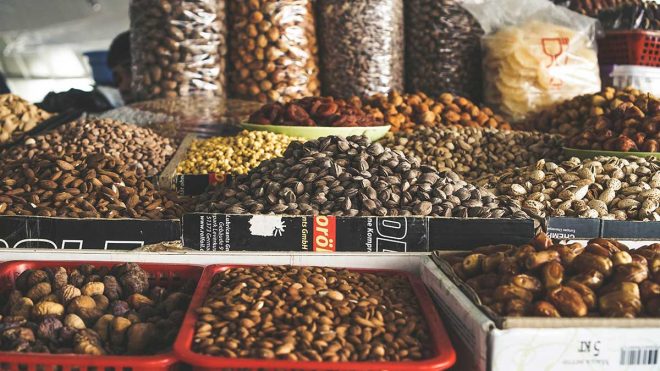 Unless you’re very familiar with them, the answer might surprise you.

Beans are nutritious, but can be dangerous if not prepared properly. Beans, particularly red kidney beans, need to be cooked at a high temperature by boiling for at least ten minutes before they are eaten. Bean plants, like other legumes, produce lectins, a class of compounds that has been shown to have antifungal, insecticidal, and antibacterial traits, among others. Lectins can be toxic and inflammatory and can cause gastrointestinal symptoms such as nausea, vomiting, and diarrhea.

Before cooking beans in a slow cooker, you need to process them in one of two ways. Either precook the beans in a pressure cooker, or presoak the beans for twelve hours and then boil them for at least ten minutes. Either of these methods will neutralize the lectins and avoid toxicity. If neither of these options are possible, use canned beans instead of raw beans. Lima beans contain a compound called linamarin that will turn into the poisonous compound hydrogen cyanide after it is eaten. Make sure to cook raw lima beans for at least ten minutes in boiling water to deactivate this toxin.