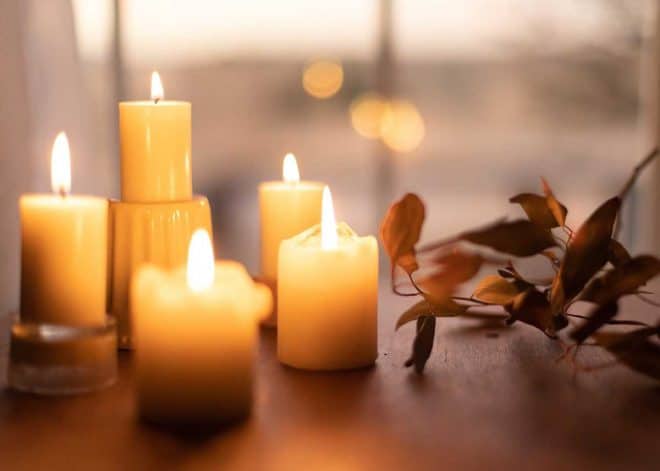 I first discovered the hidden danger of candles after bringing home a new pet bird, a cockatoo. One of the instructions given to us, as new bird owners, was not to burn candles in the same room as the bird. I didn’t understand why burning a candle could be so dangerous for a bird. I enjoy the mood created by candles, but I’ve learned that there are many different types of candles on the market, some more toxic than others.

Candles may be paraffin-based or composed of beeswax or soy/ vegetable wax. Paraffin-based candles are most common and are typically the least expensive. Paraffin is a petroleum-based product. Burning paraffin candles in your home can release harmful dioxins and acrolein, a compound also found in cigarette smoke that has been shown to cause lung cancer. Paraffin candles have also been shown to be a major producer of indoor micro particulates, known as PM2.5 particles.11 These can be inhaled deep into the lungs and difficult to eliminate.

Be wary of candles that utilize a metal cone for a wick. These cones may be made of lead, a lead alloy, or zinc. As the burning wick heats up the cone, lead can be emitted into the air.12 These cones have been banned in the US by the Consumer Product Safety Commission (CPSC) since 2004, but they are still sold in other countries. The aerosolized lead released from these cones can coat the walls, flooring, and furniture in your home. Children who crawl or touch the walls and then put their hands, which may have lead residue on them, into their mouths are at particular risk for lead toxicity.

“Slow burning” candles, artificially scented candles, and incense should also be avoided as they may emit additional chemical pollutants such as acetaldehyde and benzene into your home.13,14 Unfortunately, there are no reliable labels to separate real aromatherapy products from the synthetic competition. The cost of a candle does not indicate the quality of the product. Many high-end stores sell paraffin-based candles with synthetic fragrances.

Avoid paraffin candles, and instead invest in either beeswax or soy candles, which emit fewer harmful emissions. According to current labeling laws, candles that are 49% paraffin and 51% beeswax may be labeled beeswax candles, so be aware that if you purchase a beeswax or soy candle, the label should specify 100% soy/vegetable wax or 100% beeswax.

Following a few simple tips will help to reduce indoor air pollution caused by candles. Keep your candle wicks trimmed and avoid burning candles in a drafty space. In addition, use a candle snuffer to extinguish the flame instead of blowing the candle out. With these simple modifications you can significantly reduce the amount of soot.