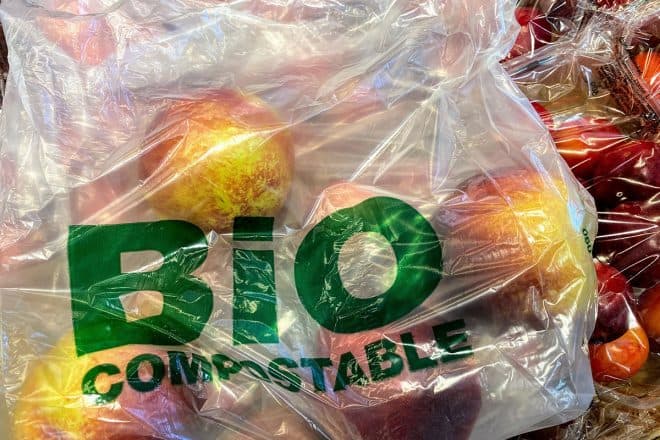 Is plastic wrap safe? It’s one of the key questions in deciding how to safely wrap and protect food.

The most ubiquitous wrap in the kitchen is plastic wrap. Saran Wrap was accidentally discovered in 1933 at the Dow Chemical Company by a lab technician working to develop a new dry-cleaning product. The material created was initially turned into a liquid spray used on U.S. fighter planes and on automobile upholstery. Dow later named the product Saran and conducted further development to make the material appropriate for a kitchen wrap, removing the foul odor and clarifying the green color of the original material. Saran Wrap hit the commercial market in 1949 and the household market in 1953.

Saran Wrap was originally made of thin film polymers using polyvinylidene chloride (PVDC) containing phthalates, chemicals used to increase the wrap’s flexibility. Unfortunately, it was discovered that phthalates can disrupt hormones when leached into food and thus are bad for one’s health. Phthalates have been linked to allergies, asthma and abnormal sperm quality in adult men.

Since 2006, almost all plastic wrap made in North America has been phthalate-free. But as phthalate was phased out, manufacturers introduced a new chemical: a low-density polyethylene (LDPE), which contains the plasticizer diethylhexyl adipate (DEHA). DEHA is another potential endocrine disruptor, and although there were concerns that it could cause cancer, the World Health Organization’s International Agency for Research on Cancer concluded that there was not enough evidence to say that DEHA was carcinogenic.

According to Dow (the manufacturer of the Saran products), the company no longer uses plasticizers such as phthalates or DEHA in its products. In addition, it has taken chlorine out of the premium wrap formula in order to be more environmentally conscientious.

I don’t recommend using Saran Wrap or any other plastic wrap directly on your food, especially fatty meats or cheeses, given that chemicals from plastic wrap more easily leach out into fats and oils. If you want to use plastic wrap, make sure your food has cooled before wrapping it. Then place a layer of unbleached parchment paper over the food and afterwards cover it with plastic wrap.

The plastics industry has a numbering system that denotes the type of chemical used to make each form of plastic. Labels on each plastic container are comprised of a number that is surrounded by three curved arrows that form a triangular shape. Some forms of plastic are safer; others are known to leach chemicals into food products. (A list of the industry’s categories is found in Table 6.)

In general, products with a plastic code of 3 or V should be avoided, for both of these codes can indicate that the product contains polyvinylchloride. Plastics that are numbered 2 and 4 are less toxic than other plastics, given that they are composed of high-density and low- density polyethylene, respectively. Plastic wraps with the number 5 are composed of polypropylene, and are also generally considered safer to use.

1 – PET (polyethylene terephthalate): Used to make plastic beverage bottles and some food packaging. This category of plastic may leach chemicals such as DEHA.

2 – HDPE (high-density polyethylene): Used in milk containers and plastic bags. This type is considered a safer form of plastic than the other categories.

5 – PP (polypropylene): Found in bottle tops, bags, and food wraps as well as yogurt and margarine containers. Considered one of the safest plastics.

7 – Others, such as LEXAN, polycarbonate and BPA (aka bisphenol A) Usually layered or mixed with other plastics.

Aluminum foil is a useful wrapping tool, but should be used carefully. Aluminum is a recognized neurotoxin and certain cancers and cases of infertility have been associated with aluminum toxicity. Best if you don’t have aluminum foil directly contact your food, especially acidic foods such as cut tomatoes, tomato sauce, and citrus products like oranges and lemons. It has been shown that cooking foods in aluminum foil causes leaching of the metal into the food.1 Instead, cover the food first with unbleached parchment paper and then, over that, wrap it with aluminum foil.

Wax paper is a common food wrap, but did you realize that most conventional brands of wax paper are coated with paraffin, a petroleum product? However, there are wax papers on the market that use soybean wax, which is nontoxic. If you prefer to use wax paper, it’s best to opt for soybean-coated wax paper.

The question of is plastic wrap safe is an important one. My personal choice for a food wrap is non-bleached parchment paper. Parchment paper is a wonderful food wrap, but be aware that there are two different varieties: bleached and non-bleached. The problem with bleached paper products in general—whether it’s parchment paper, paper towels, or coffee filters—is that one of the byproducts of the bleaching process is dioxins, which are toxic. Dioxins can easily leach into food from paper products, so if you choose to wrap your food or bake your food in parchment paper, look for the unbleached variety. In fact, I’d recommend using only unbleached paper products in your kitchen, especially drip coffee filters. Hot coffee passing through a bleached filter can leach dioxins into the coffee, something that is easy to avoid as there are many unbleached coffee filters available for sale.