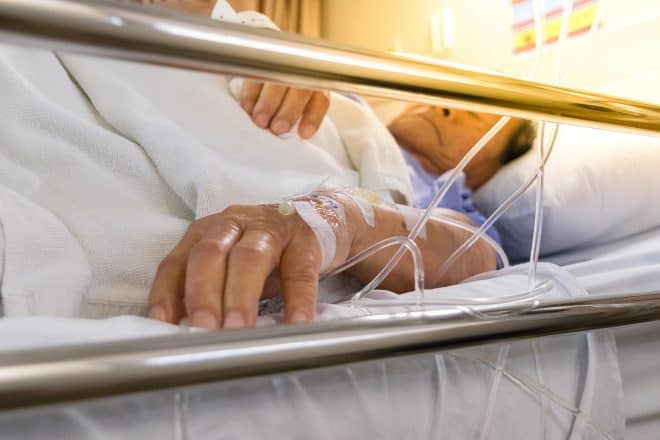 Miscommunication within a cell or between cells is a common cause of disease. Mixed messages and altered signals can result from biochemical contaminants as well as electromagnetic interference. Most people scan down a list of potential adverse health effects to see if a toxin can cause cancer. The risk of developing a chronic inflammatory condition such as autoimmune disease or a hormonal disorder like diabetes doesn’t raise the hair up on most people’s necks like the thought of potentially getting cancer.

Do electromagnetic fields (EMF) cause cancer?
In 2011, the International Agency for Research on Cancer (IARC) classified EMF as a Group 2B carcinogen, i.e. possibly carcinogenic. This determination was based on the potential increased risk of developing brain cancer from mobile cell phone use. That means, as far as the World Health Organization (WHO) is concerned, EMF may cause cancer. We might have thought that over the years, with thousands of peer reviewed journal articles in the scientific literature, this uncertainty would have been resolved. But unfortunately, for political and economic reasons, the WHO placed a majority of members tied to industry on this important influential core research committee. Their conflicts of interest render the indecision suspect.

What causes cancer?
At a most basic understanding, two conditions can lead to cancer. The first is an improperly functioning immune system. The second is an agent causing an excessive number of cells to go rogue and reproduce uncontrollably. Most of us think of something “causing” cancer as being the latter. Studies on EMF have shown the radiation can play an influential role in both processes.

EMF and the Immune System
In a real sense, the cure for cancer has always been within ourselves. A properly functioning immune system is designed to knock out crazed, uncontrollable cancer cells before they get a foothold. Immune cells called natural killer cells are tasked with this chore. Short term exposure to EMF can excite the immune system and increase immune reaction, but prolonged, chronic EMF exposure has been shown to cause a drop off in the immune system’s response and a reduction in the number of natural killer cells. Most of us now live with chronic exposure to radio-frequency (RF) EMF through our cell phones, wifi routers, and other sources, ELF-EMF emitted by 50 Hz and 60Hz electrical currents running through our homes also negatively impact the immune system. Magnetic fields over 1 microtesla generated by some appliances and neighborhood power lines have also been found to cause a drop off in NK cells.

EMF, Cellular Miscommunication, and Oxidative Stress
Cancer starts with one cell going haywire and loosing its “sense of purpose and community. The diseased cell no longer communicates properly with its surroundings and begins to incessantly reproduce itself. One of the important mechanisms by which this can occur is through an internal imbalance called oxidative stress. When a cell is experiencing oxidative stress, molecules within the cell are missing electrons. These charged molecules then look to steal electrons from other sources in the cell, setting off a cascade of events potentially damaging DNA, mitochondria (the energy generating powerhouses of the cell), and the cell membrane, among other important intracellular structures.

What can you do?
1. Limit your exposure to EMF as much as possible during the day and at night.
2. Hardwire your computer and accessories including keyboard, mouse, and printer.
3. Use ethernet cables for all internet based appliances you utilize most often, such as smart TVs, to directly connect them to the internet router.
4. Turn off wifi while you sleep. Cable companies typically provide a router that emits wifi 24 hours a day. Much better to turn off this capability (ask your cable provider how to do this). With wifi disabled, your cable router will remain in communication with the cable company and hardwired devices will still have internet access. A second wifi router can then be plugged into the cable router when wifi is needed and unplugged before heading for bed. Alternatively, the accessory wifi router can be plugged into an appliance timer so it automatically shuts off 30 minutes before bedtime, and turns back on in the morning.
5. Distance yourself from EMF emitting devices wherever possible. As technology becomes more pervasive in our society, this is becoming increasingly difficult.
6. Place wifi routers far away from the living spaces you spend most of your time in.
7. Increase your daily consumption of antioxidants. These foods and supplements provide extra electrons to cells undergoing oxidative stress and can help mitigate damage. There are tons of great antioxidant rich foods. I recommend you eat a variety of them and often.