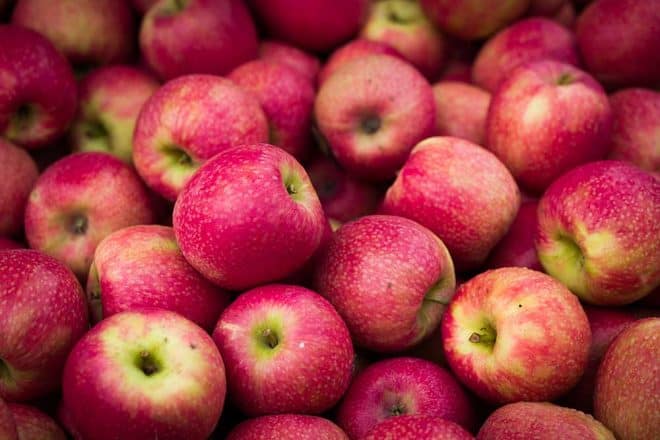 Disease from too much AND too little cholesterol

I am often asked if drinking dilute apple cider vinegar can lower cholesterol. Yes. I believe this is worth consideration.

Most everyone in the US has been conditioned to believe that cholesterol is bad for one’s health. Scientists have defined bad cholesterol (LDL) and good cholesterol (HDL) and further subdivided those categories. We all know someone who watches their cholesterol intake and takes a cholesterol lowering medication such as a statin to limit the liver’s ability to produce cholesterol. Meats, eggs, lard, bacon, and butter are considered dangerous foods because they are high in cholesterol.

What is the reason for the anti-cholesterol movement? Atherosclerosis. Cholesterol deposits adhere to arterial walls. Initially forming fatty streaks, but over time, these deposits grow and cause structural damage to the arterial wall. Progressive narrowing of the artery’s lumen, a condition termed stenosis, can eventually compromise the blood supply to the tissue or organ the vessel is supplying. If that organ is the heart, a heart attack can result. If that organ is the brain, a stroke can occur. Other conditions resulting from narrowed arteries include high blood pressure and peripheral vascular disease.

I have always had a problem limiting my cholesterol intake because I know that almost every cell in the body needs cholesterol to function properly. Each and every cell membrane  incorporates cholesterol to ensure that the membrane has proper structure and function. Our bodies also use cholesterol to make hormones, some vitamins and bile, a fluid produced by the liver to help the body digest fats. Without proper production of hormones, the body doesn’t function as well. One of the side effects of low cholesterol is depression, which may then be treated with antidepressants. With antidepressants can come many additional side effects like insomnia, requiring even more medications. Understand the slippery slope?

What do people in the rest of the world do?

After visiting Prague last spring, I was impressed by the amount of red meat the people in Czech Republic eat! We were served beef or pork at every meal of the day! In fact, during lunch and dinner, we had anywhere from one to three types of meat at each meal, including sausage. The meat was accompanied by delicious bread and/or potato dumplings, and sauerkraut at every meal. Their sauerkraut was delicious. Sauerkraut is a fermented food containing ascetic acid, and many other wonderful ingredients that enhance the immune system and support the intestinal microbiome.

During the plane ride back home, I thought about all of the foods from different cultures that eat fermented foods with their meal… yoghurt, kefir, kimchi, kombucha, pickles, and so on. I began to wonder if all the cholesterol I ate in Prague could somehow have been counteracted by the acetic acid in the sauerkraut.

I had previously read many articles and blogs on the value of drinking apple cider vinegar (ACV). The most comprehensive list of health benefits from vinegar I’ve found were detailed by Chen, et.al. in 2016.  The thought came to mind that maybe one more wonderful health benefit of ACV is that it can dissolve cholesterol from the lining of an artery, and in doing so, be a natural form of angioplasty. This idea gave me the impetus to do an experiment at home.

In preparation for my experiment to better the relationship between apple cider vinegar and lower cholesterol, I separated the yolks from 6 chicken eggs, mixed them, and placed 3 tablespoons of yolk into 4 separate pint size Mason jars. I placed each jar on its side and periodically turned them so the sides would coat with egg yolk and harden, simulating fatty streaks and cholesterol plaques

Each jar was filled with 0.9 Normal saline, the salinity of human blood, and a specific volume of ACV as follows:

4.  Saline solution without ACV (A control)

Each sample was placed on a hot plate with a magnetic stirring mechanism to create heat, simulating body temperature, and turbulence to mimic arterial blood flow. Each sample ran for 7 hours.

Watch the accompanying video to see that not only is the dried up egg yolk removed from the side of the mason jar in the sample with the ACV, but it is completely dissolved into what appears to be a colloidal suspension. This means that the cholesterol molecules are turned into micro-particles. Even after this suspension sat motionless for two days, there was no aggregation of cholesterol into larger fat droplets.

Compare this result with this video showing the sample run without apple cider vinegar. In this video, you can see some detachment of the cholesterol deposits from the glass jar, no doubt due mechanical agitation. But, the majority of the egg yolk remains adhered to the glass. In this sample, debris from the “plaque” swirled in the water. In a living system, these particulates would be referred to as emboli which can float downstream and block smaller arterioles and create ischemia (diminished blood flow) or infarction (cell death) of structures fed by the blood vessels. Emboli are a common cause of stroke. The experiments with lesser concentrations of ACV showed incomplete removal of cholesterol deposits by 7 hours, which were ACV concentration related, meaning that the 1 oz sample removed more of the cholesterol than the 1 tablespoon sample (videos not uploaded).

Could the relationship between apple cider vinegar and lower cholesterol follow similar lines, with ACV dissolving cholesterol lining arteries in the human body? It would be simple to run a scientific experiment to study people before and after they are “treated” with a regimen drinking dilute apple cider vinegar once or twice a day for varying periods of time. Noninvasive doppler ultrasound exams could assess any interval change in the plaque burden over time. Even if a very small amount of the plaque is removed with each dose of ACV, the cumulative effects on blood flow over time would be tremendous! After all, it takes decades of cholesterol build up to cause the ill effects associated with atherosclerosis. Maybe a cardiologist reading this blog will consider formally researching this hypothesis?! It’s crystal-clear to me that the possibilities of using apple cider vinegar to lower cholesterol deserve further, and serious, attention.

My gut tells me, in more ways than one, that the dilute ACV should be drank on an empty stomach. I suspect that if the ACV is taken while eating a fatty meal, such as in a salad dressing, the dissolving capacity of the acetic acid may be reduced. My suggestion would be to drink a glass of dilute apple cider vinegar on an empty stomach once or twice a day. I see no reason why the mixture cannot be sweetened with fruit juice or honey or even cinnamon. My bet is you’ll feel better quickly! In addition, if you are a meat eater or enjoy eating eggs and other cholesterol laden foods, add fermented foods into your diet regularly.

I just finished removing the crusted egg yolk from the samples hat hadn’t been removed by the ACV and it required quite a bit of elbow grease, a textured dish rag and detergent! Letting organic chemistry do the work was much less work!

See here for more information on how what you eat becomes you. And by the way, ACV can be useful in and around the home for many applications. For a list of suggestions, check out this article in tipsbulletin!