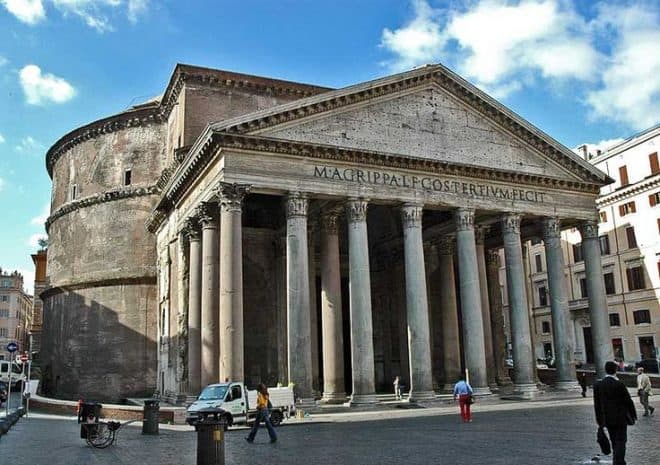 At a recent panel discussion, I was asked a question to the effect of, “How is it that you, as a classically trained physician, have gotten interested in the spiritual?” This inquiry got me to revisit my long and multifaceted journey. After much contemplation, I feel compelled to publicly share some of my most memorable experiences. Until now, I’ve saved these stories for close friends and family members. But, I suspect this series of blogs may help others see patterns in their own lives and help bring to conscious awareness their own spiritual existence.

My journey into the metaphysical began 30 years ago during my junior year semester abroad at Brown University. My closest college friend, Ken, an East Asian studies major, planned to spend the year in China to further his exposure to Chinese culture and increase his fluency. As a premed student, I would receive no academic benefit towards my biology major from study abroad. Regardless, I decided to go to Rome, Italy, for no other reason than because I had always loved Italian food.

In preparation, the program, sponsored by Temple University, mailed me a packet which included an introduction to Rome, a basic vocabulary list, and instructions on how to get to the pensione, our lodging for the upcoming semester. As the time to leave approached, I became increasingly excited for the opportunity to see famous collections of art, and the colosseum.

Upon arrival into the pensione, my two roommates and I unpacked our luggage in the tiny room. We walked to the school and around the neighborhood to become familiar with the surrounding streets. Later that day, our group met at a nearby restaurant for dinner. The 14 of us sat at a long banquet table. After handing out menus, the waiter unexpectedly addressed me, in Italian, for the entire table’s order. This would become commonplace at almost every restaurant we dined in. I tried to explain to the waiter, in English, that I didn’t speak Italian. He didn’t seem to understand me, or maybe he just didn’t care. I placed the order with finger pointing and hand gestures.  All seemed successful until my plate arrived hosting a few slices of tomato and a few slices of cheese. I realized that I had better learn Italian quickly! After the meal, the waiter handed me il conto, the bill. Why to me? I had no idea.

The next few days were spent in class and eating in local bars and restaurants. We were living in an area of Rome that was anything but touristy. At what quickly became our neighborhood bar, the bartender served me a cappuccino and said “You are Roman!” I laughed and said, “No.’ I’m Jewish.” He insisted, “Ah… No, You are Roman.” I smiled awkwardly, not sure what to say next. He followed up with, “You look like Chessaray!” I enjoyed his friendliness and my new nickname. It wasn’t until much later that I realized Chessaray is the Italian pronunciation for Caesar.

After a few days, during our first afternoon off, we decided to venture into the old city. I remember it was a beautiful day and I was excited to see the Colosseum. We walked down the streets en masse, while one of the group held a map directing us towards the old city. Although I typically had an excellent sense of direction, I was very confused about our location and could not get oriented looking at the map. So, I left the navigation to others.

We approached a great stone wall and walked through the gate to Piazza del Popolo, Awe came over me. The piazza was beautiful with a central stone obelisk and 3 roads that splayed out in front of us, one in the middle, and the other two going off at 30 degree angles.

The group stopped in the center of the piazza so our leader, Christine, could study the map. My eyes were fixated on the buildings and grand architecture. Christine wanted to head to the Pantheon first. The map of Rome was in Italian and not a tourist map, per se. Finding the landmarks was a bit challenging, especially while on foot with cars zipping by. I became increasingly impatient. Then, as if a light had been turned on in a dark corner of my mind, my confusion cleared and I suddenly knew exactly where I was.

“Follow me! I know where it is!”, I said.  I started down the main road in front of us, which I later learned was Via del Corso. I stared ahead and walked quickly down the road in front of me. My speed picked up as my excitement built. One of my companions call out with irritation, “Where are you going?”

I darted into an alley on the right and kept walking, taking unknown, but purposeful right and left turns down the narrow stone streets. When I finally stopped, I found myself in a square hosting an imposing ancient building. The group quickly gathered around me.

“Is this is the Pantheon?” someone questioned. “How did you know where it was?”

I became choked up, almost in tears. My head was swirling and I felt dizzy. I looked at them and cried slowly, “This is My City. This is My City.” That was all I could say.

After this experience, I wasn’t quite sure what to think. How could I have possibly known where the Pantheon was without a map? Why did I get so emotional? Nowadays in the eurozone, street signs containing symbols and English translation point out tourist attractions, but in the 1980s, this was not the case. In fact, I don’t think there was any signage that said “The Pantheon”.

Upon returning home from my favorite city, I was left with uncertainty. How did I  know the location of the Pantheon? Why did waiters consistently address me as if I were hosting a private party at each group meal? Why did people throughout Italy assume I was Roman? And, why did the bartender insist on calling me Caesar?

After some time, I dismissed the experience as weird things that happened to me in Rome. There wasn’t much written about reincarnation at that time and the term spirituality wasn’t common. Either one subscribed to a religious doctrine or was agnostic or atheist. A clear memory of this day stuck with me though and I occasionally shared my story with others. Years later, while reading a book by Brian Weiss entitled “Many Lives, Many Masters”, I curiously came across a short blurb about an American doctor who had a reincarnation experience in Rome. It wasn’t until speaking with Dr. Weiss at a meeting that I  learned this paragraph referred to my trip. Dr. Weiss had been one of my psychiatry professors at the University of Miami a decade earlier, at which time he was writing his pivotal book.

Looking back, I do consider this to have been a reincarnation “bleed through” phenomenon. Despite proof, my mind opened to the possibility that there are forces at work in our lives that cannot be explained by the physical here and now. And, by doing so,  allowed for additional future metaphysical experiences.