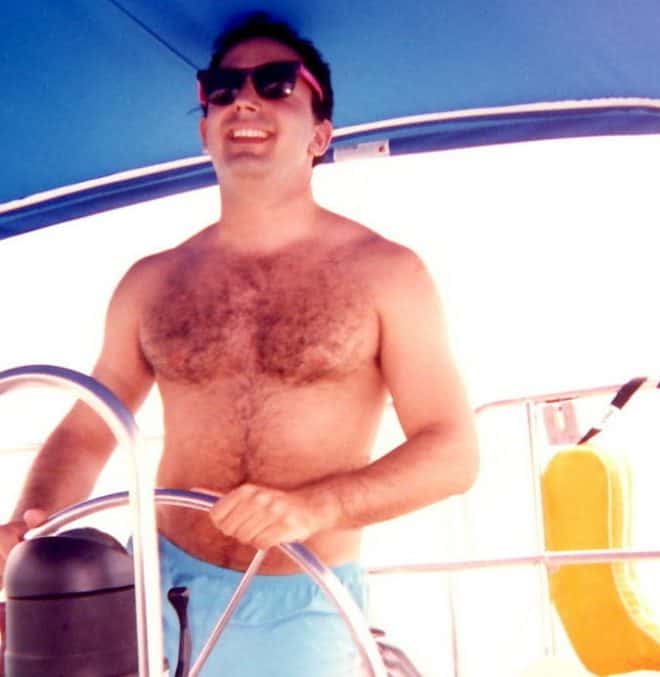 For years, friends commented that I was blessed to live under a lucky star. Things often worked out according to plan, but I didn’t subscribe to the religious belief that someone could be blessed or in the childhood fantasy of lucky stars. I rode the streak of good fortune for many years until my luck faded and I became submerged in misfortune. As crazy as it may sound, doing so was a conscious choice.

This sequence of events began after returning home from my semester abroad in Rome. My life became filled with extraordinary coincidences. With frequent moments of serendipity and good fortune, I began to notice the number 69. It was on license plates driving by, price tags, addresses, jerseys, everywhere! At the time I thought it was a funny coincidence.

After graduation though, I moved to Miami, Florida and the phenomenon seemed to follow me. I got used to seeing the number 69 and even began to look for it as a symbol to let me know that I was in the right place at the right time. Sometimes, I would see the number 96 with frequency, as if to tell me that I was “ass backwards!” Over time, I began to notice the number 73, too. The two numbers 69 and 73 seemed to be related to each other as I would often encounter them together.

On one such occasion, my housemate, Paul, and I had gone exploring South Beach to look for a place to rent the following year. Most of the small homes we saw were run down as it was 1988, just before gentrification took place. While meandering the streets, we came across the 100 building, a high rise on Lincoln Road. Neither of us had considered living in an apartment building, but as we drove up to the entrance, a car pulled out of a parking place right in front. Perfect timing. I noticed that the car to the left of the empty space had a license plate with the number “6969” on it. The license plate on the car to the right had the number 73 on it. I thought to myself, “This is meant to be!” My buddy and I walked into the lobby and asked for the rental agent. We were quite sure that rates in this building were way out of our price range, but we had time explore. The agent was out on break. So, we casually asked the doorman if there were any units available.

“I think there’s one in the penthouse,” he said.

Stepping away from the desk, I looked at Paul and said, “I’ve never seen a penthouse, have you?”

He smiled and with that, we walked quickly across the marble flooring to the elevators. We pressed PH for the first time. When the doors opened, we stepped out into a long hallway. I’m not quite sure what we thought we would find up there, maybe an open door? Then, we heard a creek at the end of the hall. A big man, wearing a bathrobe and large gold medallions around his neck stepped into the hallway and faced us. Paul and I, looking suspicious, turned around quickly and headed back towards the elevator.

“Hey, what are you boys doing up here?” He barked.

We turned around nervously and told him that we were looking for an apartment to rent.

“There’s one available across the hallway here. Do you want to see it?”

I grinned from ear to ear as the man pulled out a huge ring of keys and opened up the door. We walked into the living room of a huge 3 bedroom apartment with balconies, roof access and spectacular views of Miami beach and the ocean. He stood in the doorway as we checked out the apartment.

“This is my room!” I called out excitedly.

My future bedroom for the next 3 years had 3 walk in closets, a balcony and its own bathroom!

Initially, the cost of the rent was more than twice what we were able to afford. But, the manager, apparently wanting to attract younger people to Miami beach, lowered the rent until we could make it work. My rent, $490 a month! What at an amazing experience! The sequence of events that lead to us to finding and securing the apartment was unbelievable.

During a conversation with my father afterwards, I mentioned to him about my fascination with the magical numbers 69 and 73. His response shook me.

Upon hearing this, the hairs on the back of my neck stiffened.

My grandfather had died early during my childhood and I didn’t know him well. But, I knew I loved both Nanna and Grandpa. He had been a controlling person, making his fortune in an international art supply business.

It was strange, but somehow, attaching these two numeric symbols to my grandparent’s spirits made sense. I was grateful. But then, the feeling of gratitude dissipated and I felt I had been manipulated. Having this extraordinary gift left me feeling privileged, but also isolated from my friends and family who didn’t seem to be living under the same guidance. It may sound silly, but I wanted to have the same struggles as everyone else. I wanted my success to be from my inspiration and my failure to be from my own lack of performance. I wanted to control my own destiny.

One evening, I went out on to the roof and yelled up to the sky, “Thank you for your help, but please leave me alone and let me be!“

And then, the free-fall began.

At first, I noticed a small discoloration on my earlobe, but it quickly turned into a rapidly enlarging bump, maybe a wart? Melanoma had been an unsuspected diagnosis, even by the dermatologist, and so the the initial attempt at removal was performed incorrectly. This error led to further problems in assessing the severity of the disease. After extensive surgery on my face and neck, I experienced another problem. Because of uncontrollable bleeding in the recovery room, I was rushed back to the operating room to find the “bleeder.” I think I spent over 11 hours in surgery that day.

My classmates were wonderfully supportive. The love I felt from them all made the whole situation during and afterwards manageable. Yet,  I experienced frequent mishaps and I felt vulnerable. One night while looking out over the beach, I quietly sang the lyrics to the Carole King song “Up on the Roof”. Tears welled up in my eyes, and I prayed to my grandparents for help. Afterwards, I felt better for I sensed I had not been abandoned. But, the guidance I received from that point forward was subtle. I observed the number 69 at important junctures, but much less frequently. The sporadic guidance left room for me to make mistakes. Life was less easy than it had been before, but the new paradigm allowed maturation.

Why have I shared this incredibly personal story? Because I know that this phenomenon occurs to many if not all of us, regardless of whether or not we recognize it. I have heard similar stories from others and now accept that the frequent reoccurrence of numbers in our lives can most definitely be an indication of spiritual guidance. The number usually has a significance to the person who has passed and may indicate the prior relationship. Recently, a friend shared with me an experienced of a reoccurring 4 digit number that he realized had been the numerical birthdate of his sister who had passed on many years prior.

If you too have noticed a recurring number in your daily life, I suggest you try to figure out who you might be receiving communication or guidance from. Be grateful when you do and your life will become that much more meaningful.

I now think we are all blessed.