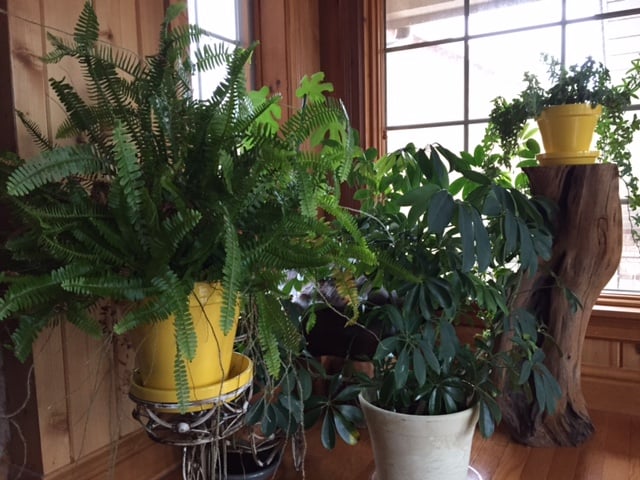 A Breath of Fresh Air

As I sat on the gurney, with my nose packed with petroleum jelly gauze, VOCs in paint were far from the top of my list of immediate concerns.

I recapped the events of the past few hours. We had been eating dinner out with neighbors when the bleeding started again, but this time it wouldn’t stop. I had leaned against the bathroom wall with wads of toilet tissue clamped on my nose for what had been at least 30 minutes. Based on experience, this should have been long enough. But when I let up on the tissues, drip, drip, drip. Annoyance at this inconvenience turned into anger. My dinner must have been cold and the others at the table were probably wondering what had happened to me. Then, my anger began to turn into fear. What the heck was going on? Why was I hemorrhaging out of both nostrils? I had had nosebleeds on occasion, but this was unlike anything I had ever experienced.

In my mind, I ran through the disease categories: trauma, infection, tumor, metabolic, congenital… These nose bleeds had started 4 days ago, and were unusual for this time of year. The first few were mild and easily stopped by applying pressure. I had painted the living room earlier in the week with a textured faux plaster that looked really great. I had opened the windows and doors during the daytime to make sure there was good cross ventilation, but then I wondered: Could these nosebleeds be related to the paint?

When the bleeding finally stopped, the ER doc came back into the room and with a “scope”, peered up into my nose. He remarked that he didn’t see anything but severe irritation. I asked him if he thought the bleeding could be related to the house paint, but he said flatly, “No.” He wrote a referral for me to follow up with an ENT, just to make sure I didn’t have an underlying tumor which he thought could possibly be causing the bleeding.

When I got home, I walked into the house and promptly smelled the faint odor of paint fumes that still lingered. My suspicion was that the paint was, indeed, the cause of this expensive, inconvenient hospital visit. I opened up the windows, turned on the ceiling fans and started to search out all I could about paint. Now, many of you are probably well aware of the group of chemicals called volatile organic compounds and the concerns around VOCs in paint. I had heard about them at some point, but I must have filed this information in some corner of my mind. In any case, like my friendly ER physician, this knowledge was inaccessible and certainly incomplete.

VOCs in paint and other products are organic compounds, technically meaning they are molecules which contain a carbon atom and are in a gaseous state at room temperature. There are thousands of different naturally occurring and synthetic VOCs used in industry, each with their own chemical characteristics. VOCs can irritate the eyes and the lining of the nose, which certainly explained my nose bleeds. But, the body’s exposure and reaction to VOCs doesn’t end in the nose. During each breath, these gases travel along in the air, up into your nasal cavity, and circulate through your sinuses. From there, these gases travel down into the lungs. Along the way, they pass through the voice box, known as the larynx, the bronchi and subsequently into smaller and smaller branching airways called bronchioles. VOCs can cause irritation and resulting inflammation of any of these passageways. These “conditions” are called sinusitis, laryngitis, bronchitis and bronchiolitis, respectively. Asthma, a condition of hyper-reactive airways, can certainly be exacerbated by VOCs. Although still controversial in the medical literature, it certainly seems possible that asthma may even be caused by chronic exposure to VOCs. Once the VOCs enter the terminal air passageways in the lung, called the alveoli, they are then able to enter the blood stream. This river of fluid, cells and proteins then carries VOCs to every part of your body. The health consequences attributed to having VOCs disseminate throughout your body are varied and ultimately depend on the specific VOC, the concentration and the duration of exposure. VOCs in paint and other materials present a variety of problems: Some VOCs are well known as carcinogens. The effects of others are unknown. Common sense would dictate though that one should to try to reduce their exposure to anything that causes irritation and inflammation.

VOCs in paint are the beginning, not the conclusion of concerns: They’re added to almost everything, including those materials used to make your home as well as those items you place in your home. Construction materials, lacquers, glues, cleaning products, deodorants, candles, paper towels and even grocery bags may contain VOCs. Even though it would be next to impossible to eliminate all VOCs from your home, it is possible to reduce their concentration. During the summer, it’s really simple: Open the windows. When several windows are left open, a cross ventilation occurs, and VOCs will get flushed out as the interior air becomes replaced with outside air. In the winter though, when windows are opened less frequently, VOCs can build up to dangerously high levels. Newer homes are particularly prone to this “sick building” phenomenon because they are built air tight to eliminate drafts and improve the efficiency of heating systems.

In the winter, another mode of extraction is necessary. Although air purifiers are important for removing particulates, another component of air pollution, air purifiers do not remove VOCs. The simplest way to reduce your home’s interior’s VOC concentration is to house potted plants. It was recently discovered that plants metabolize VOCs and turn them into nutrients. Some plants have been shown to be more adept at absorbing VOCs than others. But, pretty much any house plant will help. The more toxic you suspect your indoor air is, the more plants you should invite to live in your home. Not only will plants purify the air, they will fortify the air with oxygen.

Interesting but true, a few months after my ordeal, one of my work colleagues came into my office to discuss a case. She was holding a wad a tissues up to her nose. I looked at her questioningly. She acknowledged embarrassingly that she was having nosebleeds for some reason and then proceeded to tell me about how she just loved the new color she chose for her bedroom.

When the label says “use in a well ventilated area,” they really do mean it!

What You Eat… Becomes You


Warning: Use of undefined constant comment - assumed 'comment' (this will throw an Error in a future version of PHP) in /home/robbrow5/public_html/wp-content/themes/lovecraft/comments.php on line 15
0 Comments


Warning: Use of undefined constant pings - assumed 'pings' (this will throw an Error in a future version of PHP) in /home/robbrow5/public_html/wp-content/themes/lovecraft/comments.php on line 46
1 Pingback